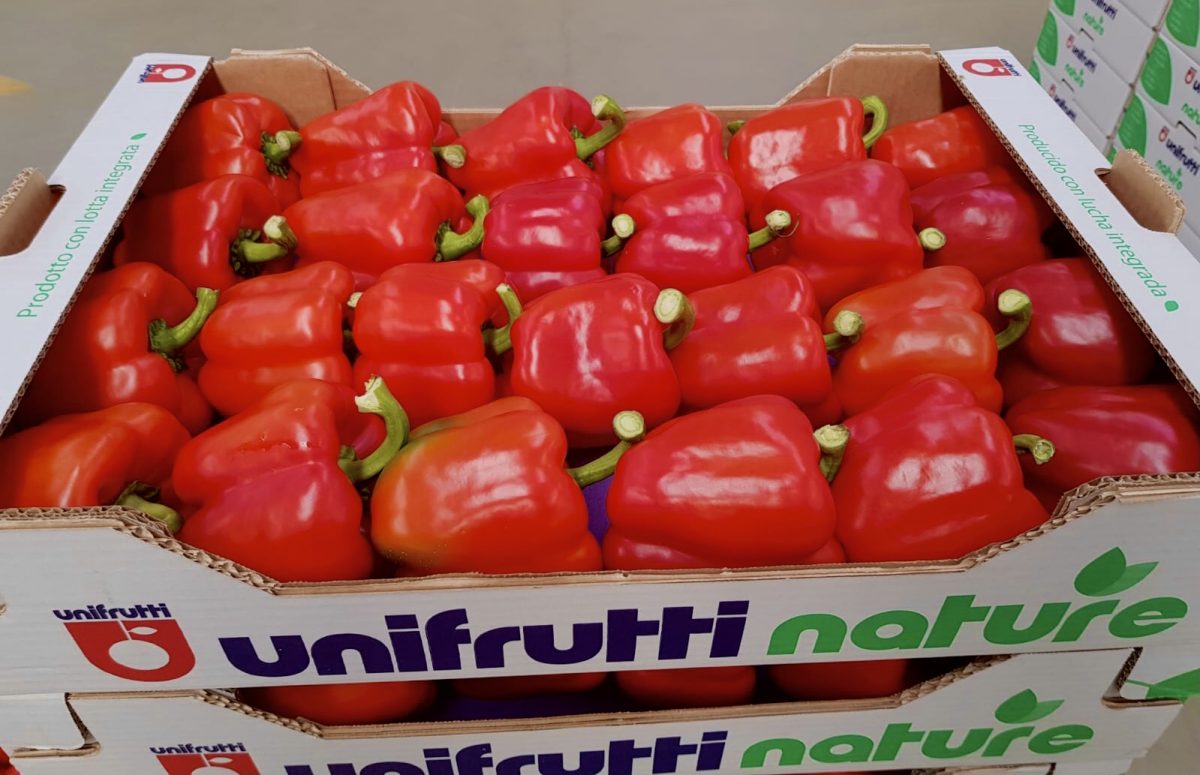 Unifrutti started 2021 by focusing on diversification, finalising the acquisition of Dimifruit in Almeria. The European operation is part of a global strategy that continues to include well-established agricultural companies with successful track records in the Group, thereby generating an attractive, increasingly comprehensive offering.

“Unifrutti is establishing itself as a producer of vegetables and to do so, crops of excellence are preferred, as they most closely resemble what Unifrutti is all about, and also enhance its international and innovative vision,” explains Gianluca Defendini, CEO of the division based in Italy. “Following the Group’s global strategy, we in Europe believe in production companies that are well-established in their territory of origin, and which are fully-developed thanks to their commitment in the fields and markets, which practise advanced farming methods with an increasingly low environmental impact. We are creating an offer that is valuable, diverse and responsible.”

The latest arrivals are Dimifruit’s vegetables: tomatoes, aubergines, peppers and courgettes, all produced using integrated pest management and coming from greenhouses located in Europe’s winter gardens: Almeria. Here the natural Tabernas desert, the only one in Europe, and the mountain ranges of the Sierra de los Filabres in the north, the Sierra de Alhamilla in the south and the Sierra Nevada in the west shield northern Europe from cold currents. This creates a unique microclimate in Almeria, where natural ventilation and the lack of humidity limit the spread of fungal diseases, and where greenhouse production occupies almost 40,000 hectares.

“Dimifruit vegetables are all produced using the integrated pest management system and are already widely known by large-scale European and Italian retailers for their quality and low environmental impact,” explains the CEO and founder of Dimifruit, and now Unifrutti’s Sales Manager in Italy, Dimitri Calabrese.

In the last ten years, Dimifruit has indeed experimented with new cultivation methods in the field, with the aim of reducing the chemical impact to the lowest level possible and obtaining excellent results on how natural each crop is. Dimifruit has done this by working on converting production to integrated pest management since 2013, and has fully implemented this in 2020. During the last agricultural season, more than 5 million kilograms of tomatoes, aubergines, peppers and courgettes were distributed on the markets. Dimifruit’s controlled production takes place for the most part in winter, starting in September and ending in April. Dimifruit employs around 400 workers for this; the harvested goods are then shipped within 12 hours of being harvested so that they reach their sales destination with maximum freshness and wholesomeness.

The Unifrutti Group therefore continues to acquire very robust agricultural companies which have innovated and enhanced their core business with a contemporary vision of agriculture, achieving a leading position in their country of origin and delivering a streamlined export service. In Italy, Unifrutti has already focused on blood oranges and other citrus fruits from Sicily, harvested by Oranfrizer and its farms in Italy – in Apulia and Marche. These farms produce seedless table grapes, as well as flat peaches and distinctive Coscia pears from the Marche region.

As well as diversifying and expanding Unifrutti’s offering, Almeria’s vegetables meet the market demands, which are becoming increasingly rigorous, precise and demanding. These values include environmental sustainability and how natural the crops are that arrive on consumers’ tables today, which now count as much as the origin, taste and nutritional aspects of each fruit.

Unifrutti Group is one of the main global players in the fresh fruit market, vertically integrated in production, marketing and distribution, with more than 14,000 hectares of land in Chile, Turkey, the Philippines, Ecuador, Argentina, South Africa and Italy, and 93 agricultural companies of which 59 are owned by Unifrutti Group. The Group oversees the entire value chain and thanks to direct ownership of land located in different climate zones of the world, it is able to serve more than 50 countries all year round, to which it distributes about 700,000 tonnes of fresh fruit to over 500 customers. The Group recorded expected turnover of more than 700 million dollars in 2020.

In Europe, Unifrutti owns almost 400 hectares of property (in development) and manages more than 1500 hectares, two logistics platforms in Verona and Macerata, a specialised banana ripening centre in Ancona, as well as three stands at the CAR in Verona (Verona’s Agri-food Centre) and two at the CAR in Rome (Rome’s Agri-food Centre). Unifrutti operates both the production of these with its farms in Sicily, Marche and Apulia, and the marketing of products from its locations in Spain, Chile, Argentina and South Africa. 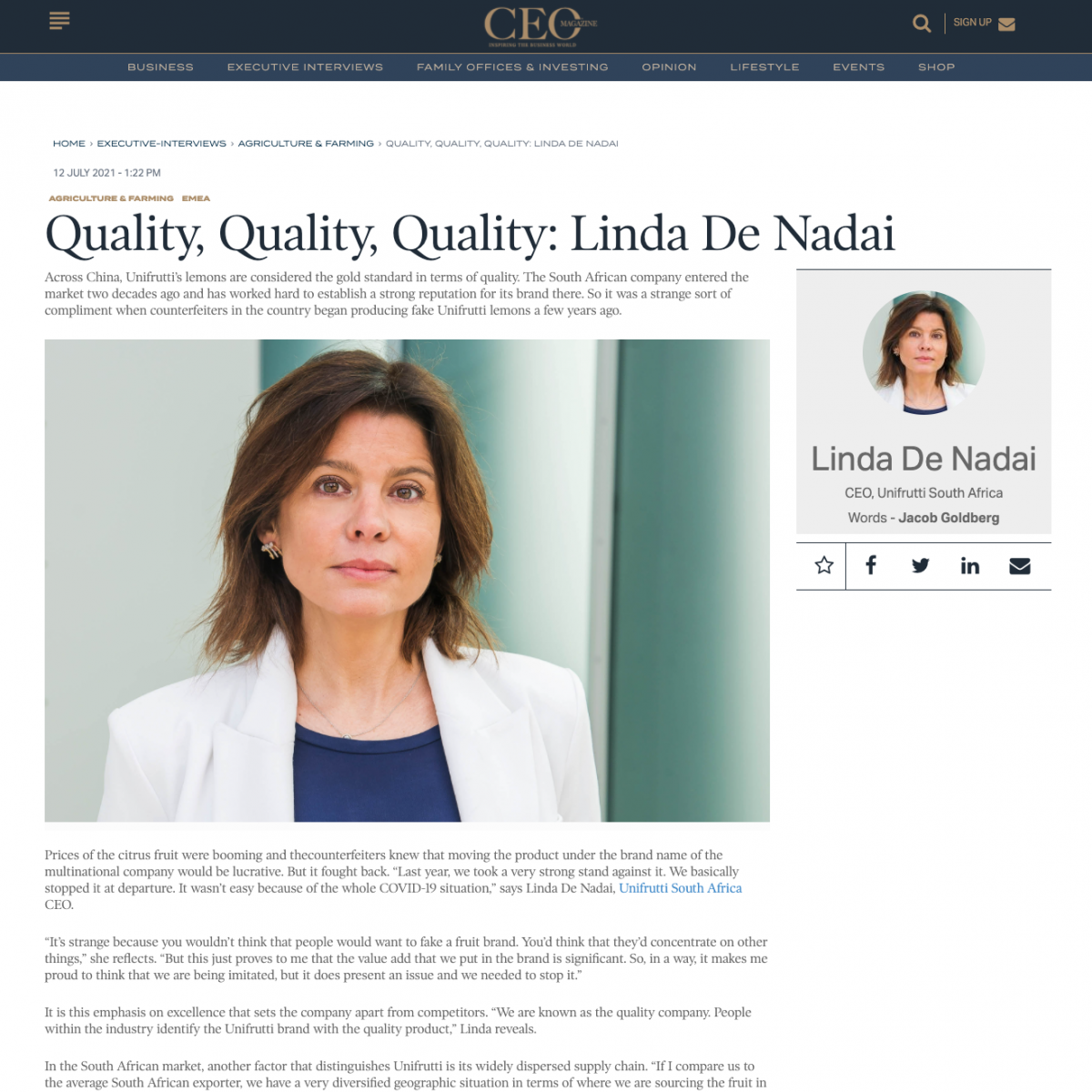 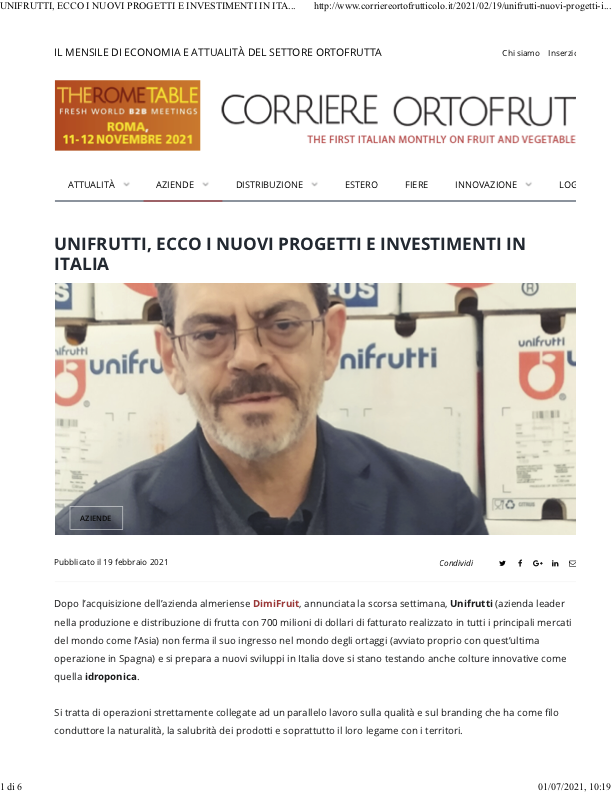